Emerald Relocations have a strong operational set up in all major metros to handle international removal services of personal effects. Please go through the basic information given below about the major cities.

New Delhi - Delhi is a city that bridges two different worlds. Old Delhi, once the capital of Islamic India, is a labyrinth of narrow lanes lined with crumbling havelis and formidable mosques. In contrast, the imperial city of New Delhi created by the British Raj is composed of spacious, tree-lined avenues and imposing government buildings. Delhi has been the seat of power for several rulers and many empires for about a millennium. Many a times the city was built, destroyed and then rebuilt here. Interestingly, a number of Delhi's rulers played a dual role, first as destroyers and then as creators.

Services from Emerald Relocations - International Relocations to & from New Delhi via Air & Sea. Sea shipments are packed and forward either from Delhi seaport or the nearest Mumbai port.

Mumbai - Mumbai (previously known as Bombay) is the biggest metropolis of India. A city that is full of life and is also known for its well-known tourist places, commercial hubs and government bodies. It is also known as the financial capital of India. The city is located on the western part of the India and is the capital of Maharashtra.

Bangalore district is situated in the heart of the South-Deccan plateau in peninsular India to the South-Eastern corner of Karnataka State between the latitudinal parallels of 12° 39' N & 13° 18' N and longitudinal meridians of 77° 22' E & 77° 52'E at an average elevation of about 900 meters covering an area of about 2,191 sq.kms (Bangalore rural and urban districts).With a 2001 population of about 6.5 million

Chennai - Chennai is known as the "Detroit of India" for its automobile industry. Chennai is the fifth largest city and fourth most populous metropolitan area in the country and 31st-largest urban area in the world. As a growing metropolitan city in a developing country, Chennai confronts substantial urban pollution, traffic congestion, poverty, overpopulation, and other logistic and socio-economic problems.

Chennai is situated on the north-east end of Tamil Nadu on the coast of Bay of Bengal. It lies between 12° 9' and 13° 9' of the northern latitude and 80° 12' and 80° 19' of the southern longitude on a 'sandy shelving breaker swept beach'. It stretches nearly 25.60 kms. along the Bay coast from Thiruvanmiyur in the south to Thiruvottiyur in the north and runs inland in a rugged semi-circular fashion. It is bounded on the east by the Bay of Bengal and on the remaining three sides by Chengalpattu and Thiruvallur Districts. 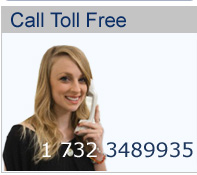